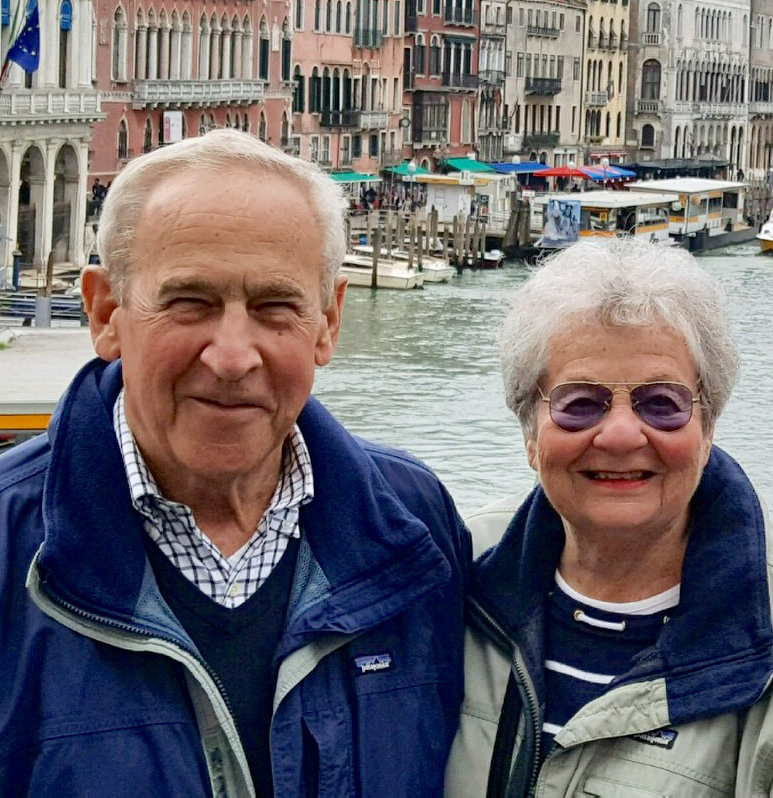 Rosalind Moger had never heard of Bennington until Francis Newsom, Roz’s teacher at Brookline High, told his creative writing class it was the best school ever. It was 1957, and her subsequent campus interview with Mrs. Brockway and their discussion of Thomas Hardy confirmed it. Roz remembered the gut feeling, “I could like it here.”

Fast forward to the very beginning of her second year at Bennington College and a gathering of Williams College juniors and Bennington freshman (organized by Roz for orientation) and to meeting her future husband, Wally Bernheimer. As Wally puts it, “as I walked into Booth House, I overheard a girl (as women were called at the time) having what appeared to be a heated discussion with another Williams student, whom I knew. She was destroying his argument. It was love at first hearing.” And for the next two years, Wally spent a lot more time in the quiet and spacious Crossett Library writing his Senior Thesis, rather than in the dark and dusty stacks of the old Williams Library.

There are many stories to tell about Roz and Wally’s Bennington journey, including bringing Joan Baez and Bob Dylan to campus in 1961, but an even more notable story is the couple’s equal regard for and commitment to their respective alma maters. Early on, the Bernheimers decided that what they did for one they would do for the other—despite the differences in size and needs—and beginning in 1970 they included both Bennington and Williams College in their estate plans. According to Roz, they always wanted to see Bennington thrive, and their planned gift represented a future financial commitment while they continued to support their colleges on an annual basis. To them, the decision to make a bequest to Bennington College was a no-brainer.

They understood that a bequest is a commitment that doesn’t require a financial expenditure today but ultimately supports the College’s mission, and this commitment was inspired by their strongly-held belief in Bennington’s Plan process and the value of learning in small groups and closely with faculty. Roz has claimed that “the Bennington experience gave me the freedom to do my ‘own thing’ in a relatively non-judgmental environment… and did much to build my self-confidence about making independent choices.” She treasures her Bennington friendships, from both her undergraduate years and from all of her work as a volunteer since graduation. When asked what her most meaningful volunteer commitment was, Roz cites her time as a Bennington Trustee. “I learned so much on that board I should have paid them.”